skip to main | skip to sidebar

A retrovirus belonging to the family of recently discovered human T-cell leukemia viruses (HTLV), but clearly distinct from each previous isolate, has been isolated from a Caucasian patient with signs and symptoms that often precede the acquired immune deficiency syndrome (AIDS). This virus is a typical type-C RNA tumor virus, buds from the cell membrane, prefers magnesium for reverse transcriptase activity, and has an internal antigen (p25) similar to HTLV p24. Antibodies from serum of this patient react with proteins from viruses of the HTLV-I subgroup, but type-specific antisera to HTLV-I do not precipitate proteins of the new isolate. The virus from this patient has been transmitted into cord blood lymphocytes, and the virus produced by these cells is similar to the original isolate. From these studies it is concluded that this virus as well as the previous HTLV isolates belong to a general family of T-lymphotropic retroviruses that are horizontally transmitted in humans and may be involved in several pathological syndromes, including AIDS.
Posted by Victoria Neblik at 00:02 No comments:

In honour of tree week... the world's rarest tree

People often think the rarest tree is Australia's Wollemi Pine: a tree which was actually long thought extinct, until a National Parks Officer stumbled upon a secluded gorge with Wollemi Pines near Sydney. However, thanks to a propagation programme, Wollemi Pines are no longer quite so rare. London's Kew Gardens even has one on public display- their website gives more information on the Wollemi pine and pictures here-

A week in the life of a Wildlife Writer

This month, I am back in Jerusalem for the first time in over a year. My visit is primarily to see friends, but, now that I am freelancing, I cannot afford to let such a golden work opportunity slip by.

Before I left Britain, I had all sorts of grand plans of what I would do on the aeroplane and how I would schedule my work and writing around times with friends, as one does. Of course all of that has fallen by the wayside now. After a week of much fun and little productivity, I am soon playing catch-up. My first port-of-call is the city’s botanic gardens. Having been there several times previously, I am familiar with the layout and hoping to add to my image database with photographs of some of the many wild birds that frequent the place. Really good images can be sold to various image libraries or compiled into books, but they can also serve as inspiration or illustration for an article on the animal pictured.

My guidebook says that, to date, some 46 bird species have been spotted in the botanic gardens. I have personally seen kingfishers, jays, white spectacled bulbuls, Palestinian sunbirds and many ring-necked parakeets but the guidebook also mentions purple herons, Nubian shrikes, lesser white throats etc. On this visit, I see a Syrian woodpecker (Dendrocopus syriacus) (distinguishable from its better known and more northerly cousin- the Great Spotted Woodpecker- by the rhythm of its tapping) and several flashes of something I suspect may be white breasted kingfisher, Halcyon smyrnensis (another known visitor to these gardens).

As part of the Hebrew University of Jerusalem, the Botanic gardens has an active public education department; during this visit, there is an exhibition of botanical watercolours in one of the buildings and a seed- and postcard- stall manned by enthusiastic elderly ladies, who are somehow the same, the world over. I end up buying new guidebook on local butterflies for the pictures, since almost the entire text is in Hebrew..... Israel’s butterflies, much like its birds, are a mixture of familiar British and European species, with more exotic, Asiatic and African species and the odd endemic thrown in for good measure. Pictures of familiar British species like the red admiral and small skipper jostle for space in the book with more exotic creatures, like the Levantine Marbled White (Melanargia titea), Turkish Meadow Brown (Maniola telmessia) and Large Salmon Arab (Colotis fausta). For the details of each species, I am reliant on the internet or Israeli friends translating the appropriate text. It is very strange, as a writer, to find myself in a land where I am functionally illiterate.

In the event, I do not see any butterflies but I do use two sets of batteries photographing plants and birds in the botanic gardens and surrounding area. I sort through the images that evening and update this blog. I have recently started updating the blog in batches and automatic arranging time- release on articles, which is a great way to run any blog, as it regularises things and saves so much time.

The next day, I arrange interview with an eminent scientist/documentary maker for later in the week, then I search internet for information on the following interviewee. It takes more research and thought to prepare the right questions for an interview than I would ever have imagined before I started interviewing people regularly. My background as a research scientist is a huge help in terms of understanding the priorities of the scientists I interview, understanding the science and the contacts I made- rather than spending time searching for experts on the internet, I can often think very quickly of an ex-colleague who works in a particular field and then contact them to ask about- say- a news story in their subject area.

I finish my day by spending several hours adjusting the layout of my forthcoming book – an adapted form of this blog- also called “Weirdbeautiful”. The book is only about half finished and I am still trying to balance the aesthetic appeal (photographs) and the scientific content. The structure, and arrangement of a blog is very different from those of a book so developing one from the other is more of a challenge than it sounds.

The week ends with my conducting the interview that I arranged earlier in the week. Unlike my previous interviewees, today’s subject asked for a phone interview (rather than responding to a set of written questions). This is a skill I have yet to master. With the help of a friend, I spend an couple of hours working out how to do it and fiddling around with various recording devices and software packages. The interview will appear on paper but I cannot type fast enough to be sure of catching everything. The main problem is being able to record at a high enough volume for me to transcribe the audio files later. The volume is a problem- I have to strain to catch everything my subject says, but otherwise, the interview goes well and my subject is genial and informative. I have now to transcribe and edit (condense) his responses to fit my editor’s requirements.
Posted by Victoria Neblik at 20:24 No comments:

Labels: A week in the life, Diary, Wildlife writer

I recently received my copies of a scientific paper to which I contributed. The paper is in a journal with (apparently) no web presence, so I’m posting the title, reference, abstract and some more information here-

Abstract: We report a study of two distantly related day-flying lepidopterous insects [Lepidoptera, Lycaenidae: Mercedes atnius (Herrich-Schäffer, 1853)., Nymphalidae: Morpho rhetenor (Cramer, 1775)]. Their wing dorsa generate superficially similar blue structural colour. Cover- and ground-scale layers in the wings of the species involved were investigated using optical and electronic microscopy to detect micro- and nanostructures. The layers of the scales in the two species are qualitatively different in terms of their morphologies and pigmentation. Wing reflectivity was measured using spectroscopic and sociometric techniques and simple models were proposed to analyse the measurements taken. Optical properties of the two butterflies are not as significantly different as their morphologies.

We hypothesise that the different wing-beats of the species examined have an important role and explain how the two optically similar phenomena can work differently in nature.

Background/ Significance of this paper: The Neotropical butterfly genus Morpho (Insecta: Lepidoptera: Nymphalidae: Morphinae) has received particular attention from entomologists, and physicists. The latter tend to focus their investigations on detecting micro- and nanostructures in the wing scales and on the mechanism by which these structures manipulate light.

Quite a number of papers have been published in the last decades on this topic in scientific journals in the physics literature. One of the most studied species is Morpho rhetenor (Cramer, 1775), probably because it has a relatively simple scale morphology compared with related species. However, some other Neotropical butterflies also possess Morpho-like vivid blue on their wing surface, including those in the genus Mercedes.

Quote of the Week- Thomas Huxley - science, art and comittees

In science, as in art, and, as I believe, in every other sphere of human activity, there may be wisdom in a multitude of counsellors, but it is only in one or two of them.
Thomas Huxley

It is not to be forgotten that what we call rational grounds for our beliefs are often extremely irrational attempts to justify our instincts.
Thomas Huxley

Science and literature are not two things, but two sides of one thing.
Thomas Huxley

Sit down before fact as a little child, be prepared to give up every conceived notion, follow humbly wherever and whatever abysses nature leads, or you will learn nothing.
Thomas Huxley

The best men of the best epochs are simply those who make the fewest blunders and commit the fewest sins.
Thomas Huxley

The great thing in the world is not so much to seek happiness as to earn peace and self-respect.
Thomas Huxley

The ultimate court of appeal is observation and experiment... not authority.
Thomas Huxley

Time, whose tooth gnaws away everything else, is powerless against truth.
Thomas Huxley
Posted by Victoria Neblik at 13:11 No comments:

Labels: Quote of the Week, Science and art, Thomas Huxley

Quote of the week- Albert Einstein- order in nature

"Occurrences in this domain are beyond the reach of exact prediction because of the variety of factors in operation, not because of any lack of order in nature."
- Albert Einstein
Posted by Victoria Neblik at 18:16 No comments:

Labels: Albert Einstein, Order in nature, Quote of the Week 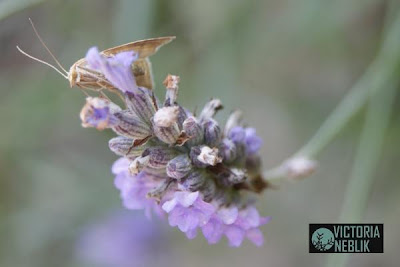 Posted by Victoria Neblik at 10:12 No comments:

Victoria Neblik
Thank you for visiting my blog. Like many people, I have been fascinated by the natural world all my life. After completing a degree in microbiology and a doctorate in zoology, I worked for five years as a research biologist and another three as a freelance science writer, magazine columnist and nature photographer. I am currently employed at The University of Namur, in Belgium as a Research Scientist and Lecturer (maître des conferences) in Science Communication. I have two blogs- "Weirdbeautiful", which I update and write myself, and "Victoria Neblik Art", which is usually updated for me. If you want to see more of my work, I also have regular interview columns in "Practical Reptile Keeping" Magazine and “Small Furry Pets” Magazine, some videos on youtube and several books in various stages of the publication process. You can contact me through my website- http://www.victorianeblik.com. 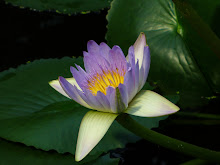 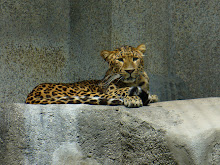 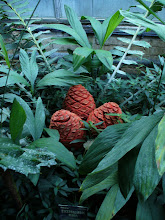 How life should be... 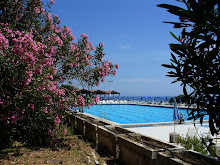 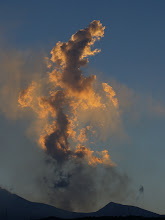 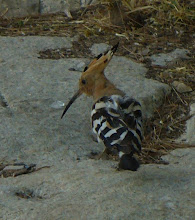 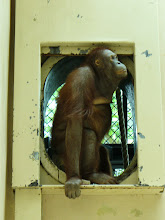